In December, the İstanbul is the New Cool and Coming Soon advertising campaigns were broadcast in 20 countries and achieved 9,007 GRP. In digital campaigns, four different promotional films were released in 86 countries, reaching a total of 1.3 billion views. Approximately 10.1 million individual visitors visited the Goturkiye website in December. 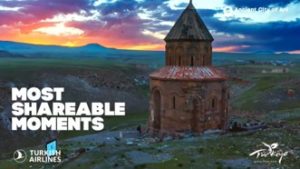 A total of 216 people from 22 countries, including 46 press members and nine influencers, were invited by TGA to ten events organized across 11 cities of Türkiye in November. These hosting activities garnered 10 million views online via the shared posts. The highlights of the ten events in December are as follows: 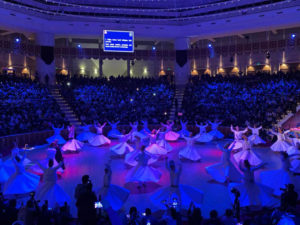 Erzurum hosted influencers and press members
An influencer event was held from December 9 to 13, to promote winter sports in and around Erzurum. During the three-day trip, the group, composed of 9 influencers from four countries, toured the historical and cultural areas of Erzurum and produced a great deal of content. In addition, from December 17 to 21, the TGA hosted a 10-person group from Ukraine to promote Erzurum as a destination. 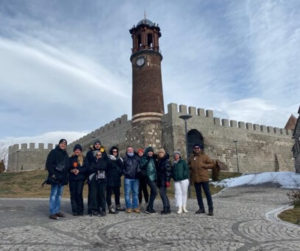 TGA hosted a five-member team from the Spanish TV program “Arqueomania,” which broadcasts on Spain’s TV2 channel. The team shot in İstanbul, Şanlıurfa, Malatya, Konya, and Antalya, promoting promote the cultural routes in these five cities and local experiences in the regions. 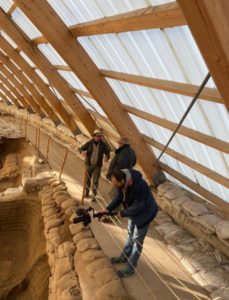 A FAM (“familiarisation”) event was organized by TGA between December 8-12 to highlight the Şanlıurfa, Gaziantep and Mardin destinations and the hotels in these regions. As part of the event, a group of 14 tour operators from Macedonia and Kosovo conducted promotional trips to hotels with high sales potential to boost the promotion of Şanlıurfa, Gaziantep and Mardin destinations in the Balkan market. The group also toured historical and cultural sites in the cities. 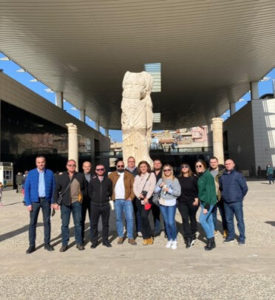 Grammy-winner and world-renowned pianist and jazz artist Michel Camilo performed two concerts at the Ankara Presidential Symphony Orchestra (CSO) Building. A seven-person team from the US and Spain, including Michel Camilo as well as guest artist Manu Gonzalez, were hosted in Ankara as part of the TGA programme. 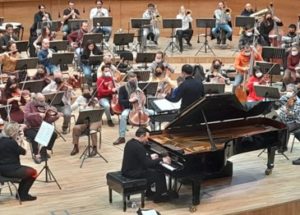 TGA invited and hosted a group of ten British tour operators in Antalya between December 2-5. The British group conducted promotional trips to hotels with high sales potential in the UK market, while also visiting the historical and cultural areas of the region. The event is aimed towards expanding the promotion of the Antalya region in the UK market. 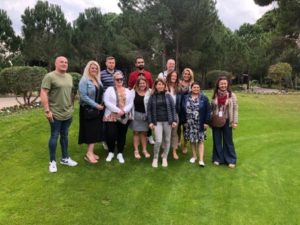 MTB national team coaches from the German Cycling Federation (BDR) have registered bike routes in Cappadocia and Alanya. The coaches had visited Türkiye at the invitation of the TGA to experience the country’s cycling routes and observe the bicycle-friendly hotel certification process. The BDR will promote the Alanya and Cappadocia routes from BDR official pages and social media accounts and will issue BDR-registered hotel certificates to bike-friendly hotels. 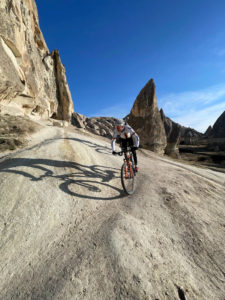 Champion volleyball teams from Brazil, Italy, Kazakhstan and Türkiye took the stage at the FIVB Women’s Club World Championship held in Ankara between December 15-19. During the event, the Goturkiye.com logo was prominently displayed along the competition field via LED screens and flash areas. In addition, Turkish promotional films prepared by TGA were broadcast on massive cube screens throughout the tournament and delivered to a wide audience. 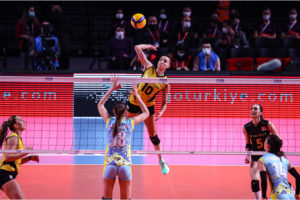 TGA Appointed to UNWTO Board of Directors

The World Tourism Organization (UNWTO), a United Nations agency and the leading international organization in the field of tourism, has completed appointments to its Board of Directors of Affiliate Members for the 2022-2025 period. Commissioned by UNWTO Secretary-General Zurab Pololikashvili, the Türkiye Tourism Promotion and Development Agency (TGA) joins the Board of Directors of Affiliate Members. Dr Elif Balcı Fisunoğlu, Deputy General Manager responsible for Tourism Operations and Development, will represent the TGA on the Board during the 2022-2025 period. 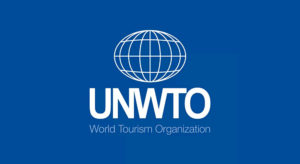 The İstanbul Economic Summit, which is also supported by the TGA, was held for the fifth time this year with a “Green Economy” theme. TGA was awarded the Safe and Sustainable Tourism Award, presented within the scope of the Summit. On behalf of the TGA, Deputy General Manager Dr Elif Balci Fisunoğlu received the award from former Minister of State Kürşad Tüzmen. 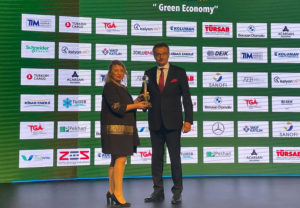 Türkiye takes its place in the luxury tourism fair

The International Luxury Travel Market (ILTM Fair), one of the most important worldwide events for luxury tourism, was held in Cannes, France between December 6-9. The Turkish pavilion, prepared by the Ministry of Culture and Tourism and the TGA, attracted great attention. In addition, Turkish companies attending the Fair held successful meetings with other participants. 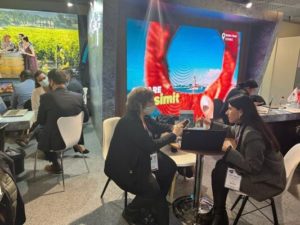 Board meetings held in seven provinces

Having completed the process of signing the “Cooperation Protocol of the Promotion and Development Board” within the scope of the Provincial Promotion and Development Program, conducted to ensure more effective promotion of provinces and sub-destinations at the national and international level, the first Board meetings with the provinces of Gümüşhane, Rize, Van, Malatya, Muğla, Antalya, Düzce, and PPDP introduction meetings were held. Second Board meetings were held in Isparta and Balıkesir, and action follow-up contact meetings were held in Balıkesir, Çanakkale and Bolu. 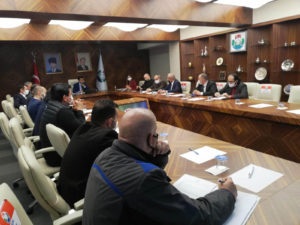 Within the scope of the Provincial Trainings organized by the TGA, nine professional trainings were carried out. A total of 400 people participated in the trainings, which included “Destination Marketing”, “Positioning”, “Sustainability in Tourism”, “Provincial Surveys and Competition”, “Being a Gastronomy Destination”, “Creating Routes”, “Social Media”, “Our Aims in Terms of Cultural Diplomacy”, and
“What Can Museums Change in the Contemporary World?”. The trainings were held Adana, Isparta, Bolu, Ordu, Konya, Erzurum, Kars, Balıkesir, Çanakkale, Edirne, Tekirdağ, Kırklareli, Muş and Batman provinces and participants included stakeholders on the list of Provincial Boards. 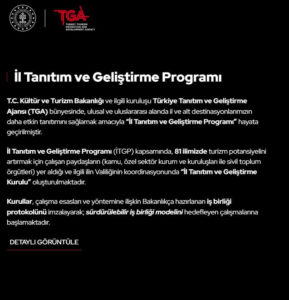 Within the scope of the Provincial Promotion and Development Program, the @gezsen local address and the international address @go for Adana, Trakya, Ordu, Bolu, Erzurum, Kars and Isparta’s Instagram accounts have started to operate with content aimed at target audiences.
Within the scope of the “Provincial Brand” works, approximately 17 million views were achieved at B2C in December as part of a digital advertising campaign with Amadeus, also called the Global Distribution System and one of the dynamic data banks, while approximately 80,000 sales were obtained from the agencies advertised in B2B.