In November, the İstanbul is the New Cool and Coming Soon advertising campaigns were broadcast in 19 countries and achieved 5,625 GRP. In digital campaigns, six different promotional films were released in 79 countries, reaching a total of 1.3 billion views. Approximately 7.7 million individual visitors visited the GoTürkiye website in November. A total of 454 people, including 74 press members and 34 influencers, from 25 countries were invited by TGA to 30 events organized across 15 cities of Türkiye in November. These hosting activities garnered a total of fifteen million online accesses via the shared posts. The highlights of the 30 events in November are as follows:

The Turkic World met at the Korkut Ata Film Festival
Organized by the General Directorate of Cinema and the International Cinema Association with the support of the Turkish Tourism Promotion and Development Agency (TGA), under the leadership of the Turkish Ministry of Culture and Tourism, the Korkut Ata Turkic World Film Festival welcomed cinema enthusiasts from November 8 to November 12. The Festival, the international cinema event of the Beyoğlu Culture Route Festival, screened 42 films from 13 countries to the public, free of charge. The competition segment included eight feature films and nine documentaries, with a total of six awards presented during a ceremony at the Atatürk Cultural Center. As well, 26 foreign journalists from the Turkic Republics were in İstanbul for the Festival and participated in its broadcasts. The 9th Türkiye-Greece Tourism Forum and the 4th Meeting of the Tourism Mixed Commission were held in İzmir on November 17-18. In addition to Türkiye’s Minister of Culture and Tourism, Mehmet Nuri Ersoy, and the Minister of Culture of Greece, Vasileios Kikilias, numerous other officials and industry representatives from both countries attended the forum. Nine foreign journalists, from İstanbul, İzmir and 6 Greek travel agencies, were hosted by TGA as part of the Forum. 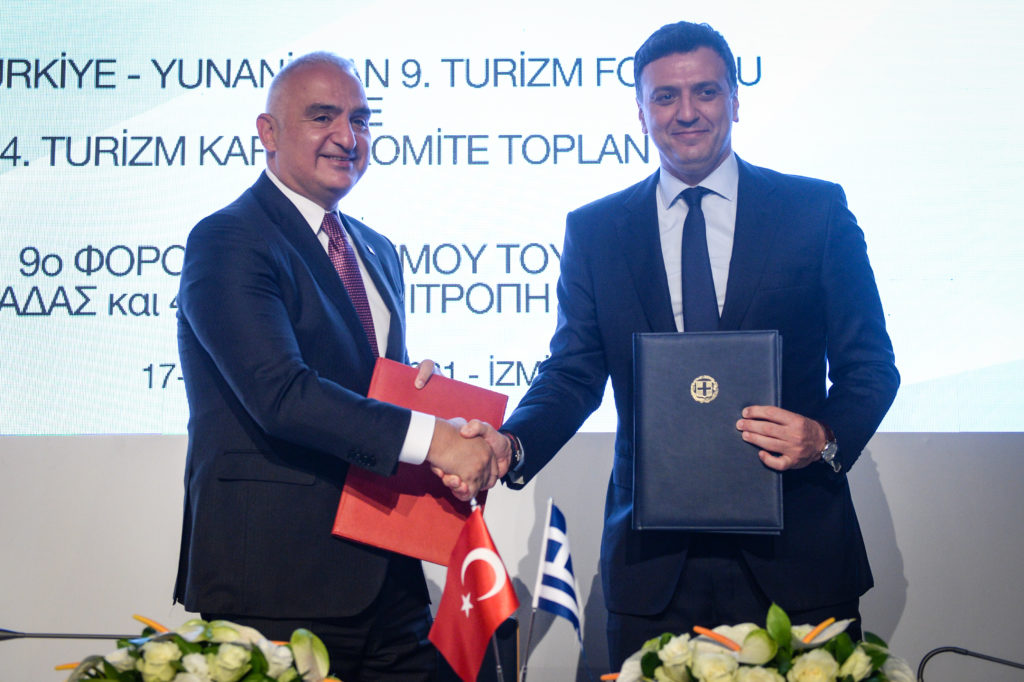 Two concerts by Frieder Bernius in Ankara and İstanbul

German maestro Frieder Bernius, a leading figure in the classical music world, a founder of choirs and orchestras, and a leader of festivals, came to Türkiye at the invitation of the TGA. While in Türkiye, Bernius participated in a series of concerts and training events at the Atatürk Cultural Center in İstanbul on November 14 and at the Ankara Presidential Symphony Orchestra Building on November 16. The President of the World Choral Federation, Emily Kuo Vong, was also hosted by the TGA in Ankara and İstanbul. The events were intended to promote the AKM and CSO halls abroad; five press members from Germany also attended the programs. 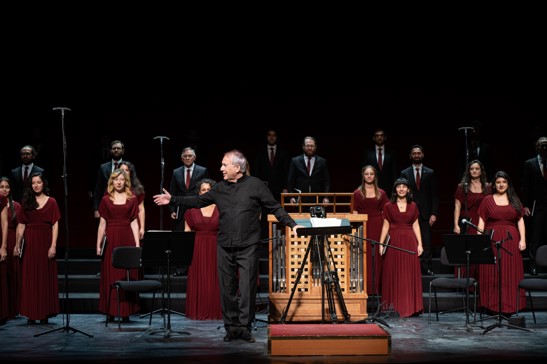 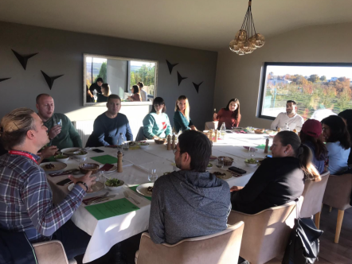 Fourteen Colombian tour operators were hosted by TGA in the Cappadocia and İstanbul destinations. The aim of the event was to promote the hotels in those regions in the South American market. Between November 1 and November 6, the 14-person team visited hotels with potential for sales in the Colombian market. The group also toured historical and cultural sites in both regions. The British put Antalya under the spotlight

The TGA, aiming to promote hotels in Antalya and its surroundings, as well as various destinations in the region, hosted British tour operators from November 3 to November 7. Within the scope of the organization, the eight members of the British tour operator team visited the hotels with high sales potential, while also touring the region’s historical and cultural points. 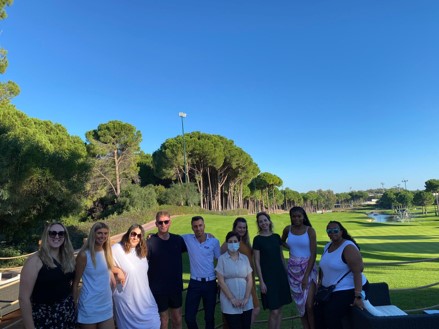 Foodranger discovered the flavors of Hatay and Antep

Foodranger, the world-famous influencer account with one million followers on Instagram and 5.8 million followers on YouTube, visited numerous restaurants and food factories in Hatay and Gaziantep between November 24 and 29. In addition to taking street food photos, the camera team experienced cooking, dessert making and dining in workshops organized in several restaurants. 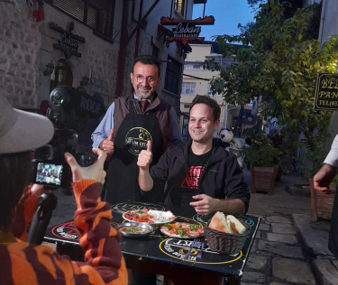 Intense interest in the Southeast from the Turkic Republics

Between November 26 and 30, 16 press members from Azerbaijan, Kazakhstan and Kyrgyzstan were hosted by the TGA at a press hospitality event organized to promote the provinces of Şanlıurfa and Gaziantep, especially in terms of culture and gastronomy in the Turkic Republics market. The event was aimed to strengthen the promotion of Şanlıurfa and Taş Tepeler, which was launched in September, in the target markets.

The Opet Muğla Cup, an international mountain bike race expected to raise awareness of bicycle tourism in Türkiye, was organized for the first time this year by the Bodrum Mountain Bike and Sports Club Association in Fethiye, Marmaris and Bodrum. More than 100 athletes from 10 countries participated in the race, which was run in three separate locations. The TGA provided accommodation and digital communication support to the race. Kristoff Bruyneel, a founding member of UCI City Mountainbike, which was hosted by TGA as part of the organization, announced that in May 2022, a leg of the World Four Cross Championships will be held in Bodrum. 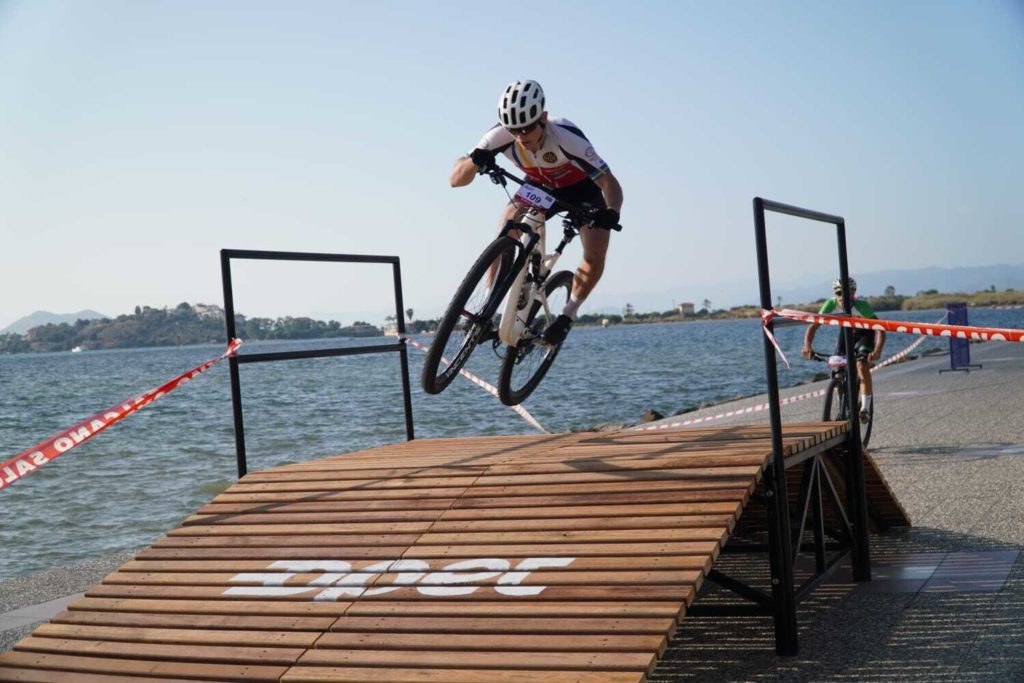 UCI Nirvana Gran Fondo was held in Antalya
The UCI Nirvana Gran Fondo Antalya International Cycling Race, organized by the International Cycling Union (UCI) and with the destination partner TGA, took place from November 19 to November 21 with the participation of 561 cycling athletes from 22 countries. Hosted by the TGA, nine influencers from the UK and Russia produced content while following the race and experiencing the cycling routes in Antalya. 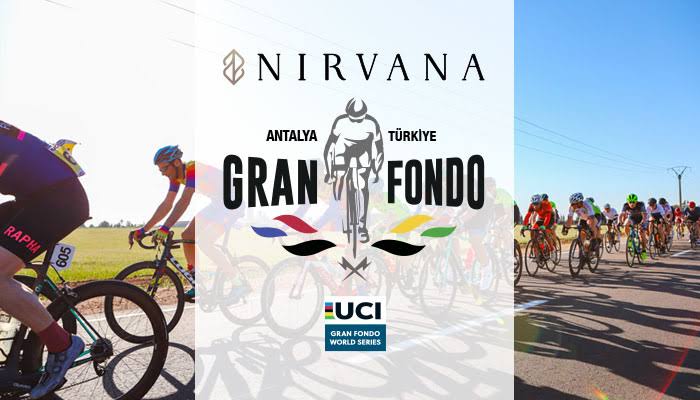 The Bodrum Enduro Mountain Bike Race, organized by the Bodrum Mountain Bike and Sports Club Association on November 5-6-7 in the Bodrum district of Muğla, featured the participation of more than 60 athletes from five countries. As part of the organization, officials of the German Mountain Bike Association (DIMP) and champion athletes were hosted by the TGA, which also provided support for sharing on social media channels. The acclaimed actor James Nesbitt was hosted by the TGA on November 21-25 as part of the Belek golf tourism destination promotion project. Nesbitt, who is also featured in visual content prepared for the promotion of Turkish Golf Tourism, which includes the Belek golf facilities and signature courses, aims to provide Belek destination interaction, particularly with regard to golf tourism, by carrying out various activities in the UK in December. 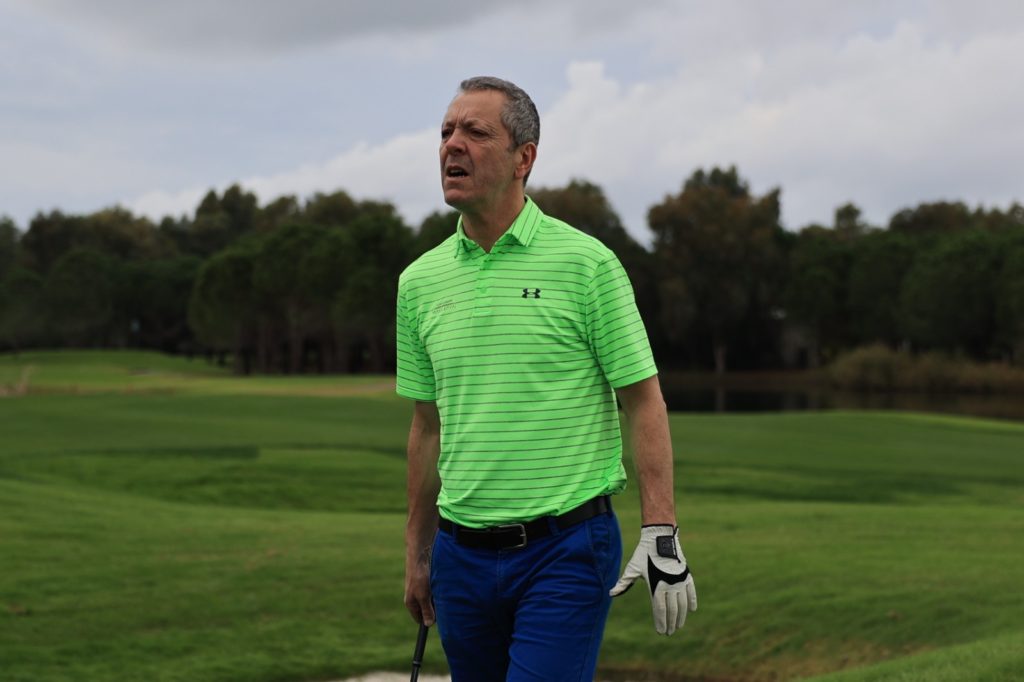 Turkish tourism was the center of attention in London

The World Travel Market (WTM), one of the largest tourism fairs in the world, was held in London on November 8-9, 2021. At WTM 2021, which brought together 51,000 travel professionals from different parts of the world, the Turkish stand prepared by the Ministry of Culture and Tourism and TGA, which included 19 industry representatives from Türkiye, attracted great attention. The Minister of Culture and Tourism, Mehmet Nuri Ersoy, also visited the Turkish stand. 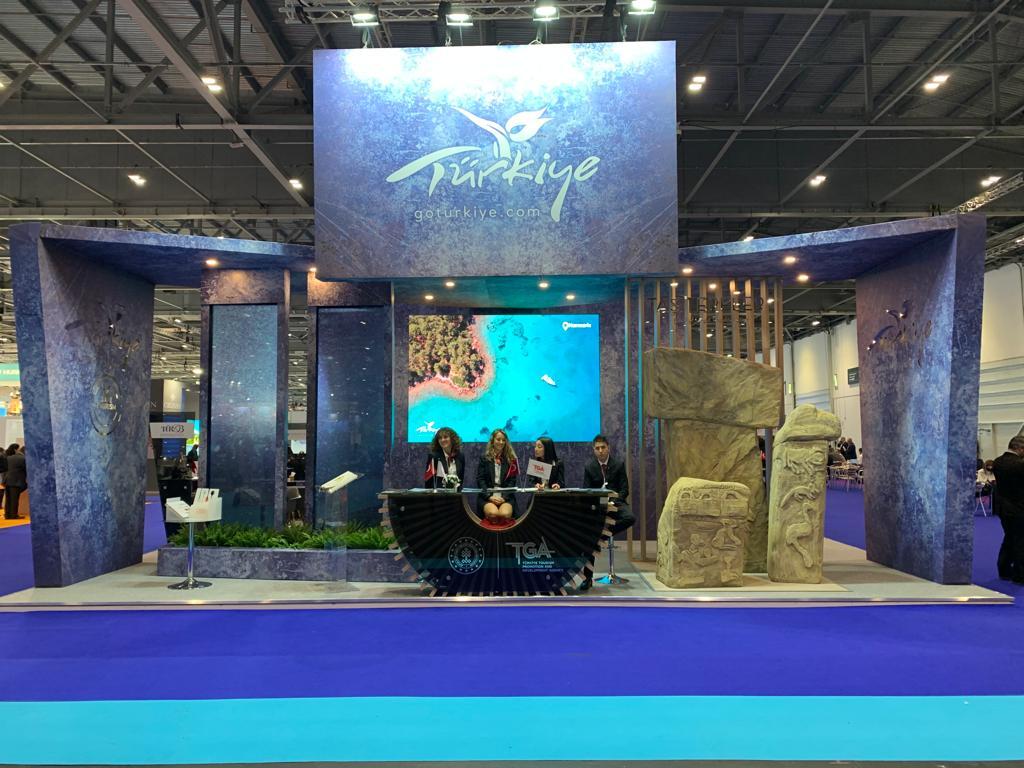 Halal Fair has opened its doors for the eighth time

The 8th Halal Fair, organized by the Organization of Islamic Cooperation, was held at the İstanbul Congress Center from November 25 to November 28. Türkiye’s stand, established by the Ministry of Culture and Tourism and TGA, attracted great attention at the Fair, which featured 378 participants from 35 countries. Türkiye ’s Vice President Fuat Oktay and the Deputy Minister of Culture and Tourism Özgül Özkan Yavuz also visited the stand and received information from TGA officials. The International MICE & Wedding Forum (IMWF) was held in Antalya, Türkiye, on November 18-22, 2021, with a total of 300 professionals from Russia, the USA, India, Pakistan, Bahrain and Egypt taking part. The Minister of Culture and Tourism Mehmet Nuri Ersoy spoke at the forum, which was also attended by the TGA. Afyonkarahisar presentation at the World Gastronomy Forum from TGA

The 6th World Forum on Gastronomic Tourism was held in Brugges, Belgium, in cooperation with the United Nations World Tourism Organization (UNWTO) and the Basque Culinary Center (BCC). The event took place from October 31 to November 2. Organized with a different title every year, this year’s Forum theme was “The Impact of Gastronomic Tourism on Rural Tourism Promotion and Regional Development.” At the Forum, attended by the Ministry of Culture and Tourism and the TGA together, examples of best practices were shared from around the world in a session titled “Outside the Box: Learning from Others”; Afyonkarahisar’s success in being included in the Unesco Creative Cities Network in the field of Gastronomy was a highlight, as were the promotional activities carried out by TGA. Provincial board meetings are in full swing

Having completed the process of signing the “Cooperation Protocol of the Promotion and Development Board” within the scope of the Provincial Promotion and Development Program, conducted to ensure more effective promotion of provinces and sub-destinations at the national and international level, the first board meetings with the provinces of Sivas, Sakarya, Gaziantep, Nevsehir, Kütahya and PPDP introduction meetings were held. Again, within the scope of the relevant protocol, the @gezsen local address for Konya and the international address @go for Konya’s Instagram accounts have started to operate with content aimed at the target audience. Advertising activities for the provinces continue