Intercontinental Races for the President’s Cup 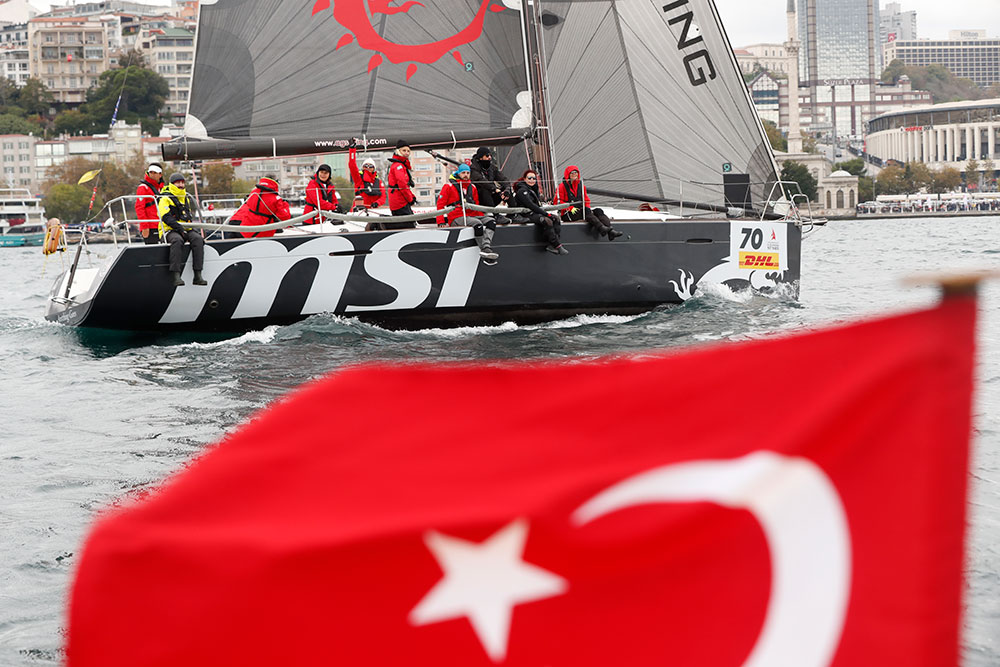 In his speech, Deputy Minister of Culture and Tourism Ahmet Misbah Demircan said,  “I would like to express my happiness to be together with you here at the Presidential 2nd International Yacht Race Award Ceremony, which was held under the auspices of our Presidency. It is a source of pride for all of us to host hundreds of national and international athletes in such a beautiful organization in our paradise, Turkey, which is famous for its natural beauties.  As the Ministry of Culture and Tourism, we are proud to be a partner in such meaningful organizations, being aware of the added value that sports tourism, a phenomenon that creates the developing and changing face of tourism, adds to the cultural values and development of our country. Yacht races, traditionally organized for the second time this year; more than being a sports competition, they are cultural associations that reinforce our ties of friendship and brotherhood with international meetings, and they are extremely important in terms of serving the promotion of our country around the world. Fortunately for us; the unique bays of the Aegean Sea, which hosts our athletes, and our favorite city, İstanbul, attracts attention as the main venues of sports tourism, as well as their historical and natural beauties.

İstanbul Open Sea Yacht Racing Club President Ekrem Yemlihaoglu said “Presidential International Yacht Race was organized for the 2nd time. Although it is still a very young organization, we are proud of the great interest it has received both internationally and nationally. The second stage of the race took place in İstanbul, a unique location in the world where two continents meet. It is fascinating to organize a race in such a location where one side is Asia and one side is Europe. The best sailors of the world from many countries participated in this Race, which is one of the most respected organizations among sea sports, and the natural, cultural and historical beauties of İstanbul were reflected to the whole world throughout the race. We believe that organizing an event with international participation at a point where religions and cultures meet at the intersection of İstanbul’s thousands of years of history will have unique value,”.

IRC O OVERALL Winner was ENKA CHEESE under the management of Levent Peynirci and the awards were presented by Deputy Governor of İstanbul Niyazi Erten.

IRC 3 OVERALL Winner was CYGNUS team under the management of Kaan Parlas, while the President of the Sailing Federation Özlem Akdurak presented their awards.

IRC 4 OVERALL Winner was the ÇIĞLI MUNICIPALITY-BEAR SAILING team under the management of Ahmet Murat Tan. The award was presented to the winning team by the Coast Guard İstanbul Group Commander SG Lieutenant Colonel Özgür Koçan.

WANDERER A OVERALL Winner was Sağkal Association-VAMOS, the women’s sailing team led by Yusuf Erce Demirtaş, their award was presented by Tamer Kıran, the President of the Chamber of Shipping.

SB GRPUP OVERALL Winner was KS GLOBAL LOJİSTİK team led by Mehmet Dinçay their awards were presented by Nedim Kızılkaya the CEO of Ruck and Maul. 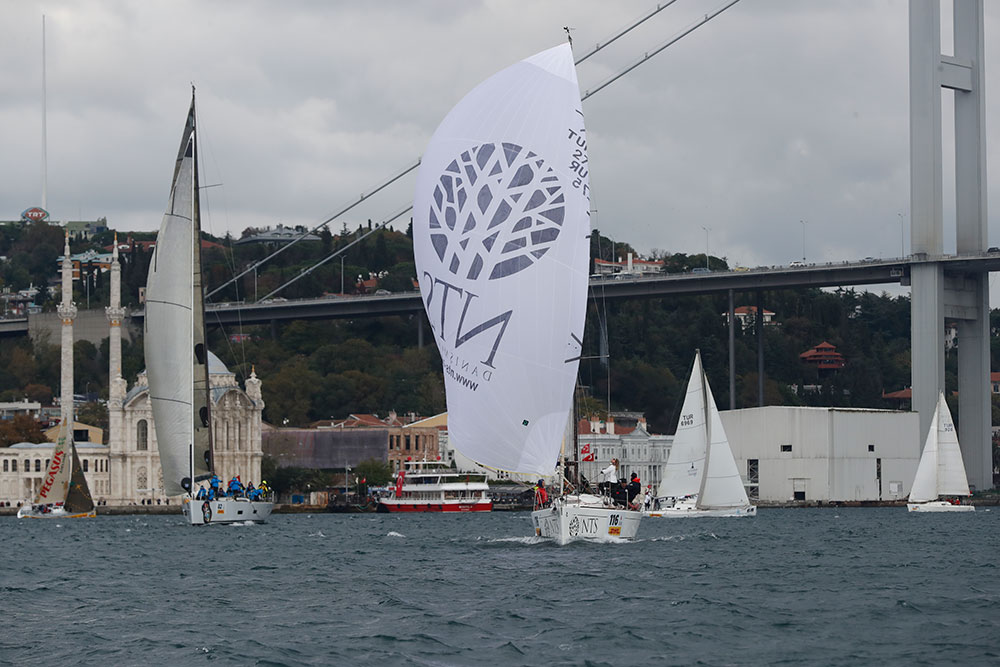 Awards for Women and University Athletes as well

This year, for the first time, categories were opened for university teams and sailing teams consisting of female athletes.

As a novelty, for the first time this year, classes were opened to support the university teams and sailing teams consisting of female athletes participating in the races, and special awards were given to the winners. The awards in the women category were given by DHL Express Deputy General Manager for Finance Derya Özer Sağkan.

The awards were presented to the winning teams in the universities category by Özlem Akdurak, the President of the Turkish Sailing Federation.

32 athletes from 6 countries (Sweden, Ukraine, Switzerland, Spain, England and Turkey) participated in the e-Sailing tournament, which was held for the first time this year as part of the Presidential 2nd International Yacht Race. Sailors competed with their own boats in the tournament, which was held with national and international online participation and broadcast on e-Sailing TV. The awards were given to the winners by Engin Yuvaktaş, Vice President of Istanbul Offshore Yacht Club.

Glorious Feasts in Muğla and İstanbul

The Presidential 2nd International Yacht Race, the first of which was held in Istanbul last year and is taking firm steps towards becoming one of the most prestigious sailing organizations in the world, first stage of the Race was held in Muğla, the tourism capital of Turkey on June 25-27,2021 for Halikarnas Cup between Marmaris-Bodrum route. The İstanbul stage started with a ceremony held in front of Dolmabahçe Palace on October 29, Republic Day. On the Bosphorus track with a magnificent view, the audience had the chance to watch the event more closely than ever before at Galataport Istanbul.

Within the scope of the Presidential 2nd International Yacht Race, in which sailboats from all over the world and hundreds of racers competed, the Cumhuriyet Cup (in the Bosphorus) on October 29, the Mavi Vatan Cup (on the Yeşilköy Track) on October 30 and the Barbaros Hayreddin Paşa Cup on the 31st October (Yesilkoy Track) races were held. 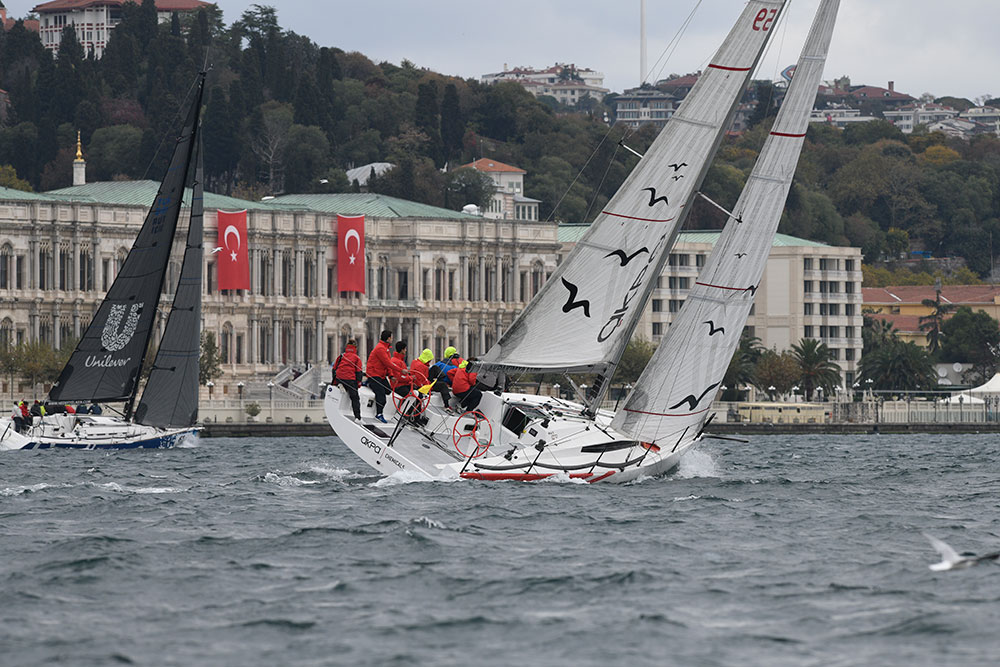 The full list with the final results and detailed information about the race can be found at https://sailturkey.racing.